"The end of the world as we known it", Dani Rodrik 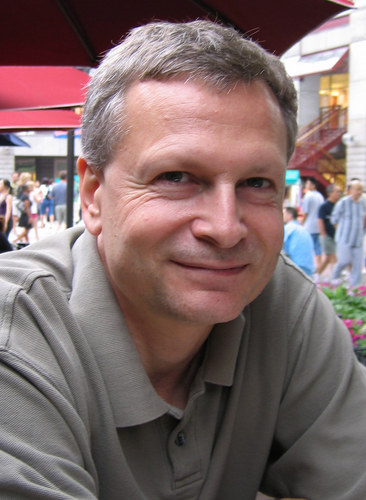 Consider the following scenario. After a victory by the left-wing Syriza party, Greece’s new government announces that it wants to renegotiate the terms of its agreement with the International Monetary Fund and the European Union. German Chancellor Angela Merkel sticks to her guns and says that Greece must abide by the existing conditions.

Fearing that a financial collapse is imminent, Greek depositors rush for the exit. This time, the European Central Bank refuses to come to the rescue and Greek banks are starved of cash. The Greek government institutes capital controls and is ultimately forced to issue drachmas in order to supply domestic liquidity.

With Greece out of the eurozone, all eyes turn to Spain. Germany and others are at first adamant that they will do whatever it takes to prevent a similar bank run there. The Spanish government announces additional fiscal cuts and structural reforms. Bolstered by funds from the European Stability Mechanism, Spain remains financially afloat for several months.

But the Spanish economy continues to deteriorate and unemployment heads towards 30%.  Violent protests against Prime Minister Mariano Rajoy’s austerity measures lead him to call for a referendum. His government fails to get the necessary support from voters and resigns, throwing the country into full-blown political chaos. Merkel cuts off further support for Spain, saying that hard-working German taxpayers have already done enough. A Spanish bank run, financial crash, and euro exit follow in short order.

In a hastily arranged mini-summit, Germany, Finland, Austria, and the Netherlands announce that they will not renounce the euro as their joint currency. This only increases financial pressure on France, Italy, and the other members. As the reality of the partial dissolution of the eurozone sinks in, the financial meltdown spreads from Europe to the United States and Asia.

Our scenario continues in China, where the leadership faces a crisis of its own. The economy’s slowdown has already exacerbated social conflict, and recent developments in Europe have added fuel to the fire. With European export orders canceled en masse, Chinese factories are faced with the prospect of massive layoffs. Demonstrations begin in major cities, calling for an end to corruption among party officials.

China’s government decides that it cannot risk further strife and announces a package of measures to boost economic growth and prevent layoffs, including direct financial support for exporters and intervention in the currency markets to weaken the renminbi.

In the US, President Mitt Romney has just taken office, following a hard-fought campaign in which he derided Barack Obama for being too soft on China’s economic policies. The combination of financial contagion from Europe, which has already led to a severe credit crunch, and a sudden flood of low-priced imports from China leaves the Romney administration in a bind. Against the advice of his economic advisers, he announces across-the-board import duties on Chinese exports. His Tea Party backers, who were critical in mobilizing electoral support for him, urge him to go further and withdraw from the World Trade Organization.

Over the next few years, the world economy slumps into what future historians will call the Second Great Depression. Unemployment rises to record-high levels. Governments without fiscal resources are left with little option but to respond in ways that will only exacerbate problems for other countries: trade protection and competitive exchange-rate depreciation. As countries sink into economic autarky, repeated global economic summits yield few results beyond empty promises of cooperation.

Few countries are spared the economic carnage. Those that do relatively well share three characteristics: low levels of public debt, limited dependence on exports or capital flows, and robust democratic institutions. So Brazil and India are relative havens, even though their growth prospects are severely diminished as well.

As in the Great Depression, the political consequences are more serious and hold longer-term significance. The eurozone’s collapse (and, for all practical purposes, that of the EU itself) forces a major realignment of European politics. France and Germany compete openly as alternative centers of influence vis-à-vis the smaller European states. Centrist parties pay the price for their support of the European integration project, and are repudiated in the polls by parties of the extreme right or extreme left. Nativist governments begin to kick out immigrants.

For nearby countries, Europe no longer shines as a beacon of democracy. The Arab Middle East takes a decisive turn towards authoritarian Islamic states. In Asia, economic strife between the US and China spills over into military conflict, with increasingly frequent naval clashes in the South China Sea threatening to erupt into a full-scale war.

Many years later, Merkel, who has withdrawn from politics and become a recluse, is asked whether she thinks that she should have done anything differently during the euro crisis.  Unfortunately, her answer comes too late to change the course of history.

A remote scenario? Perhaps, but not remote enough.